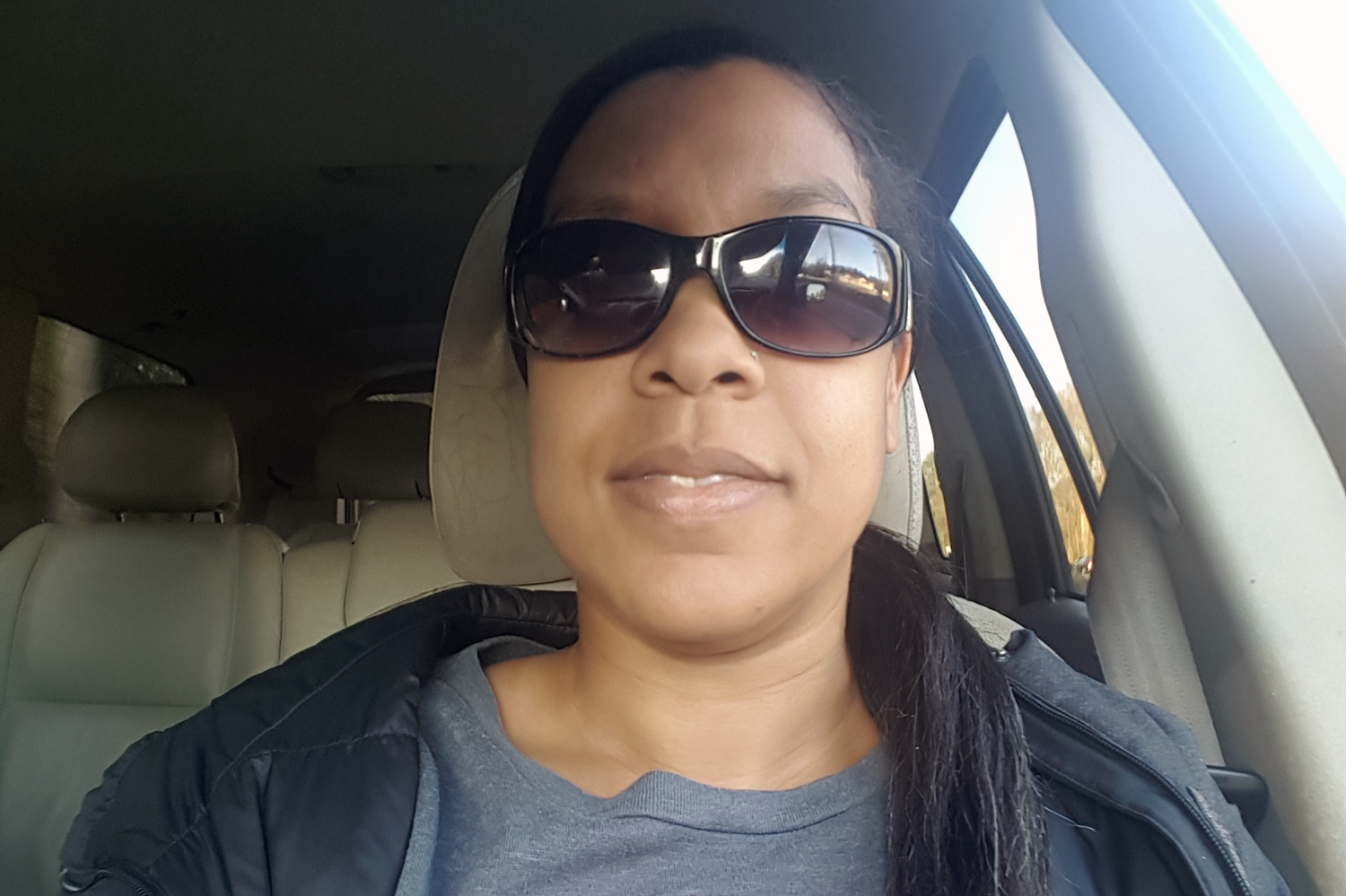 I’ve been working at the same company since 2006 as a customer service representative (CSR) and I’ve seen a lot of change. It’s gone from kind of decent in the beginning, to horrible. I understand that change is natural, but it seems like things are always getting worse for the employees.

There are things I really like about my job - knowing I’m wanted somewhere every day, and of course, knowing I have a way to make some money. I like that, as a CSR, I have the opportunity to help all kinds of people, especially with understanding their healthcare benefits. But I feel like I’m being used and abused. During open enrollment periods and a little bit after, the calls are back-to-back. The company hires a lot of new people. When I first started this job, training was six weeks and I felt confident when I hit the floor. But now, training for new hires is three weeks. They’re rushed through and I end up helping them with their calls and basically training them, but I’m not recognized for it.

But I’m a fighter, if you will. I’ve been organizing for the union for almost a year now.  I go to all the union meetings I can. I participate in door knocking - that’s pretty exciting, to see my coworkers and hear directly from them what they think needs to be changed. Whenever the opportunity is there - when I hear my coworkers complaining - I tell them about the petition we have going and that we can change things. But it’s not going as well, or as quickly, as I’d like it to. Not a lot of people are coming aboard where I work. They say they’re scared and don’t want to jeopardize their jobs.

The company had an anti-union consultant come in to try to persuade all the CSRs not to join the union. It was a captive audience speech – we had to be there.  Upper management and HR were there. The consultant said negative things about unions throughout the entire meeting and when someone asked about the positives of joining a union, the consultant tripped over his words and didn’t really answer the question. He said that unions were declining over the years, that if we went on strike there was a way they could replace us with other people, that we could be waiting for a whole year, and that we wouldn’t get paid as much. I wish he had tried to shed light on both sides so people could make an informed decision.

What I get paid -- it’s not enough. I have a family of four - a husband and two children and I’m expecting a third now - and I’ve been trying to save for a house and to pay off my student loans and credit, but it’s taking a long time. I don’t know how much longer I can last here. This is what it comes down to - I don’t like feeling disenfranchised. I’m here, giving this company my time, and I want them to treat and pay me fairly.

Shaena Goodman-Robinson works as a customer service representative at a call center servicing government health and human services agencies. She identifies as mixed - with Black, Native, and White heritage - and lives in Richmond, VA with her husband who is a social worker, and two - soon to be three - children. 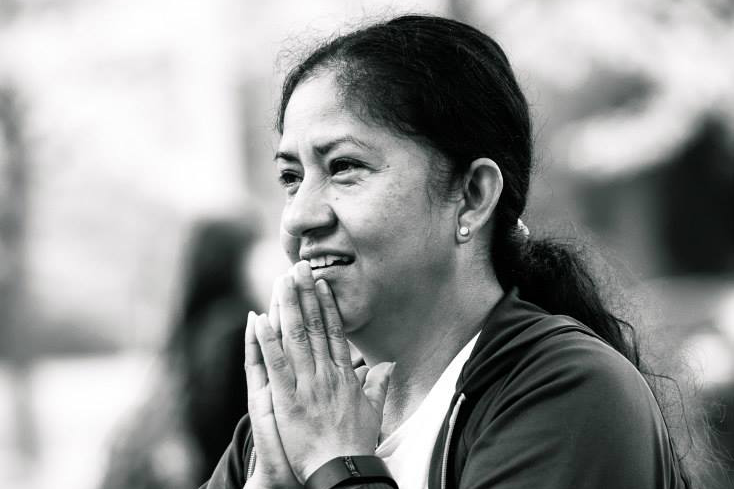 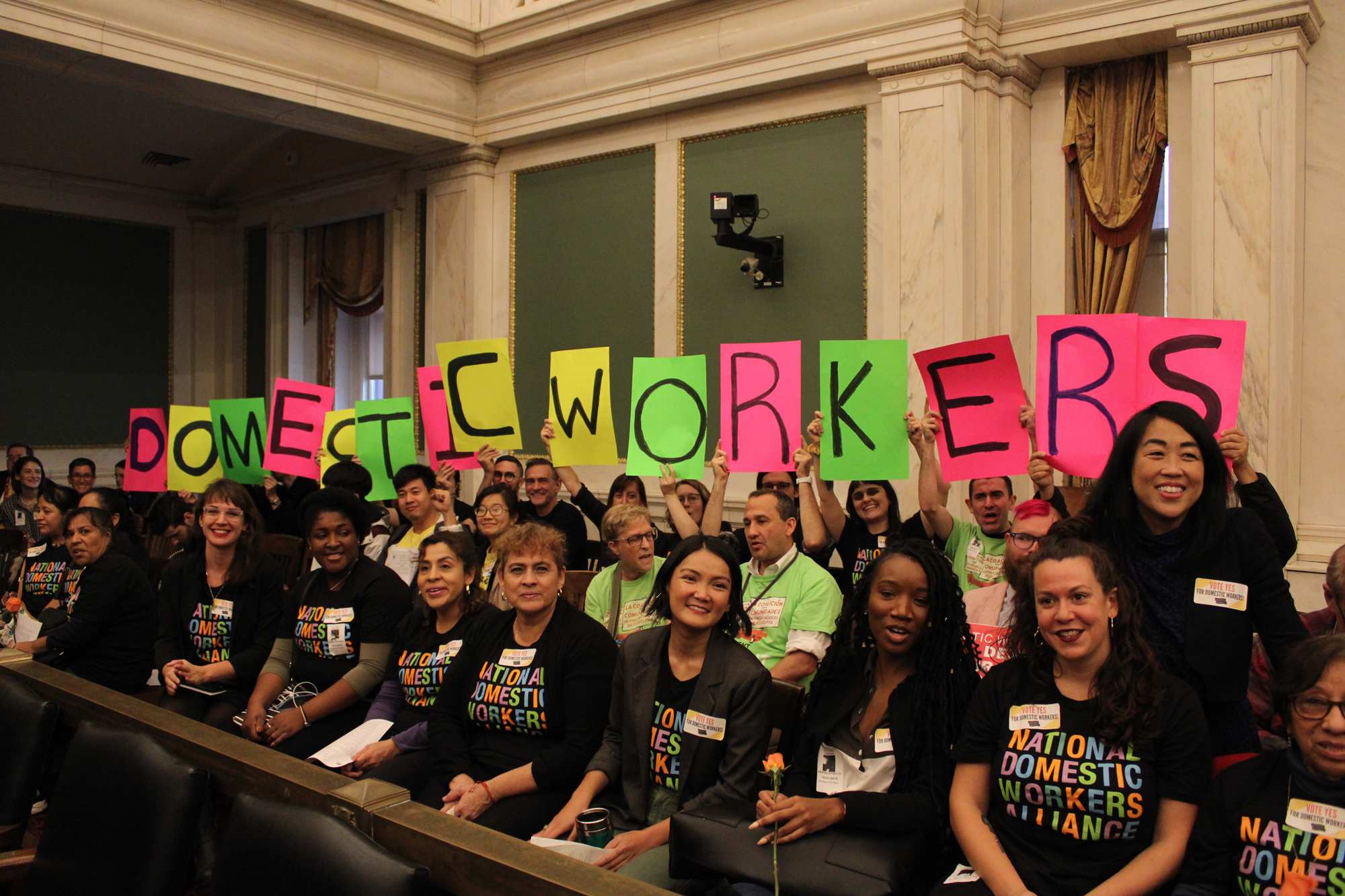 Domestic workers deserve respect and to be recognized for their work. We pay taxes like any other worker, but we don’t receive benefits or have protection against abuse.