We are facing dual crises of economic and political inequality.

Fixing our broken economy and democracy requires reorganizing power in this country. We need to rewrite American labor law to enable workers to build strong collective organizations that can match corporate power. But our laws to empower workers are outdated, failing to keep up with changes in the economy, technology and employers’ tactics to undermine them. We need bold, transformative change to give everyone a voice in building a society in which workers, their families and communities can prosper.

Since the founding of the country, concentration of power in the hands of a small minority has been recognized as a threat to the viability of American democracy.

Today, the struggle to preserve democracy in the face of extreme wealth concentration is acute because we live in a historical moment when vast disparities of economic power have been translated into equally shocking disparities in political power. With this report, we offer an intervention that promises to help stop the vicious self-reinforcing cycle of economic and political inequality. By proposing a fundamental redesign of labor law, our aspiration is to enable working people to create the collective economic and political power necessary to build an equitable economy and politics.

Our goal is not restoring the labor movement – nor the economy and the politics – of yesterday. This cannot be our objective because although American democracy and the American economy were more balanced when the labor movement was at its historic peak, our society has always been exclusionary. Across our history, access to economic and political power has been unforgivably shaped by racial and gender discrimination, as well as by discrimination based on immigration status, by sexual orientation and identity discrimination, and by ableism.

With this report, we offer an intervention that promises to help stop the vicious self-reinforcing cycle of economic and political inequality.

What we need, then, is a labor law capable of empowering all workers to demand a truly equitable American democracy and a genuinely equitable American economy. This report contains many recommendations for how to construct such a labor law, but all of the recommendations are geared to achieving this overarching goal. In fact, while the policy recommendations are detailed and at times complex, the theory of Clean Slate is simple: When labor law enables working people to build organizations of countervailing power, the people can demand for themselves a more equitable nation.

When labor law enables working people to build organizations of countervailing power, the people can demand for themselves a more equitable nation.

The recommendations in this report are the product of a nearly two-year effort to elicit the best ideas from a broad array of participants. The project engaged more than 70 advocates, activists, union leaders, labor law professors, economists, sociologists, technologists, futurists, practitioners, workers, and students from around the world. Our thinking was facilitated by the amazing effort of eight working groups that engaged in deep research and learning and that provided preliminary recommendations. These groups sought innovation, boldness and comity, but not consensus. Accordingly, they are due credit for the outcome of the project, but not responsibility for the particular recommendations included.

We recommend creating a system of sectoral bargaining. Collective bargaining agreements reached at the sectoral level should be binding on all firms in that sector.

We recommend that workers be able to choose as the object of their strikes or collective action the parties exercising real power over their lives. When they strike, they shouldn’t face financial ruin. They should be protected when they speak out on issues that affect their lives, livelihoods and communities.

To ensure that all Clean Slate recommendations are meaningful, we recommend that labor law protect workers’ right to organize and empower them to bargain over a broader range of subjects, including those that most impact their lives and communities, like climate change.

We recommend that workers choose representatives to serve on corporate boards and that corporations have a legal duty to consider how corporate decisions will affect workers, not just executives and shareholders.

We recommend that workers’ ability to participate in democracy be facilitated by mandating same-day registration, early voting and vote by mail, in addition to paid time off to vote and engage in civic activities. Employers should be prohibited from coercing workers’ political activities.

Federal labor law should set a floor for workers’ rights. State and local governments should be allowed to adopt reforms that build up from it. 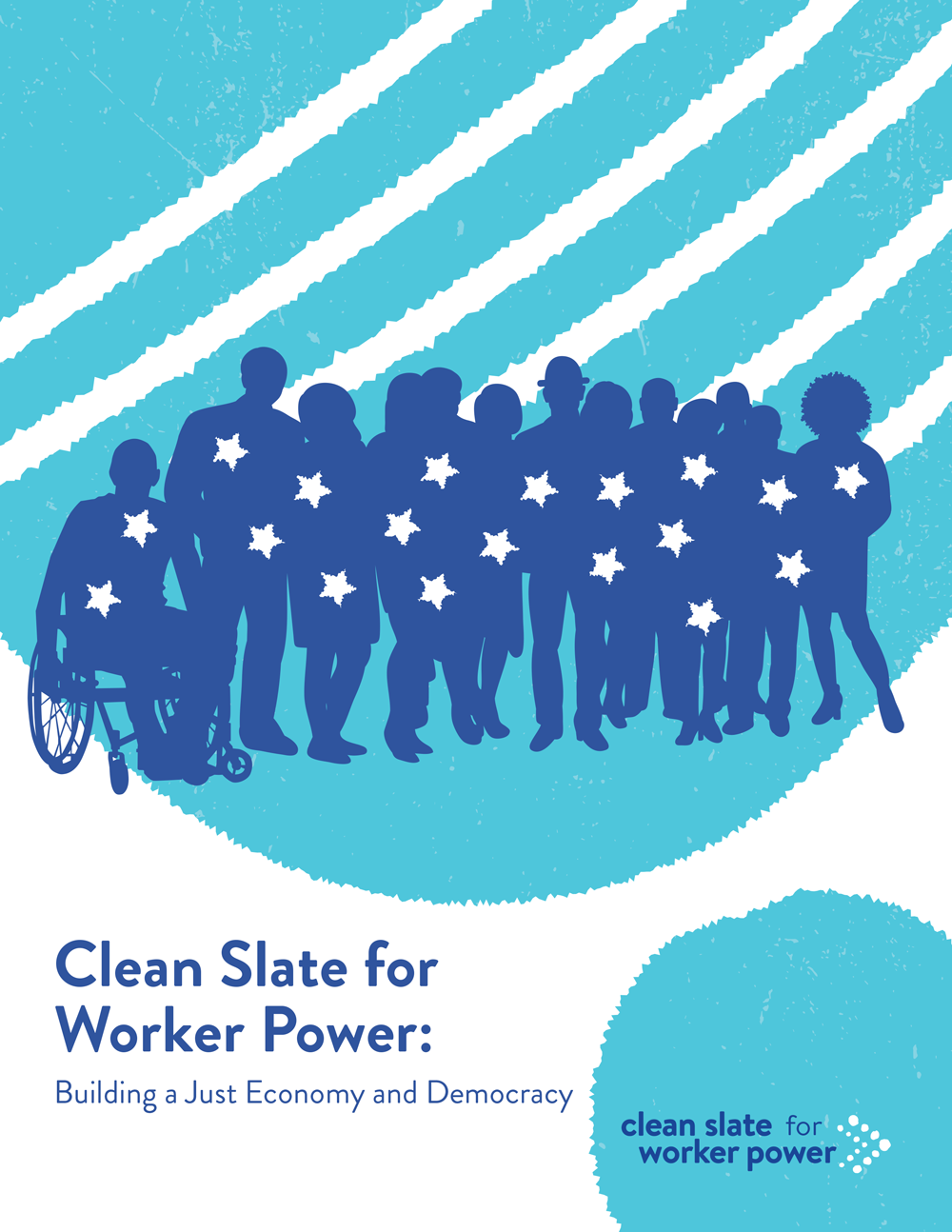 Use the links below to download the full Clean Slate for Worker Power report and the Executive Summary.